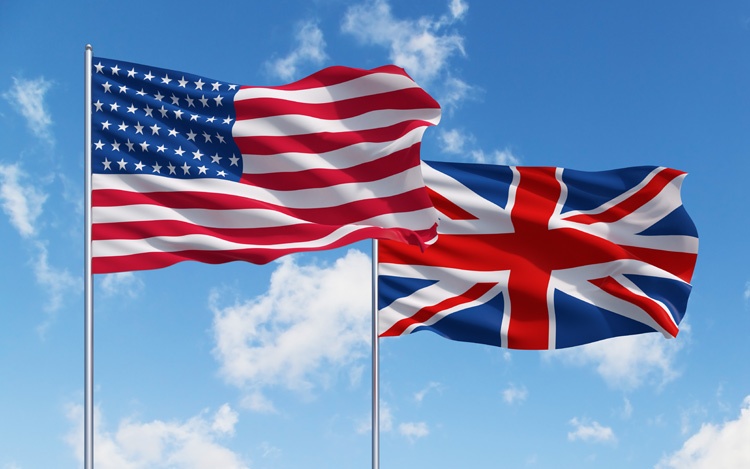 The Difference Between UK and US Managed Service Providers

I recently travelled for a speaking engagement in the United States. I was speaking at a conference in New Orleans, Louisiana, attended by an audience of small business IT Managed Service Providers (MSPs) and IT Solution Providers.

The trip was a fun one for me. I had the opportunity to sit and talk with MSPs from across the United States, and apart from the differences in the English language between the UK and USA (I was teased for talking about “Rooters” rather than “Rowe-ters”, for instance) I was struck by the similarities in challenges that MSPs on both sides of the Atlantic face.

MSPs in the UK and the USA both struggle to hire and retain good quality staff, for instance. On both sides of the pond, MSPs find a challenge in motivating their engineering staff to record their time correctly. Oh, and the frustration of client's nickel and diming (or as we’d say in the UK, “being skinflints”) MSPs on purchasing is the same worldwide.

I have noticed some marked differences in culture between UK and USA-based MSPs though. Differences that any organisation looking to do business on both sides of the Atlantic Ocean should be very aware of.

The most obvious difference I see between US and UK-based MSPs is the fact that focusing on a niche (pronounced “nitch” in the US, and “neesh” in the UK!) or a targeted vertical market is something that US MSPs do, yet UK MSPs typically do not.

In the US, I see MSPs who focus on servicing specific verticals such as healthcare, energy businesses, accountants and finance companies.

In the UK, most MSPs focus on a specific niche -- that being their local geographic area. Very few UK MSPs that I know focus on a market vertical. The exceptions to this might be education -- some IT businesses I know work solely with schools and universities. But for the most part, very few MSPs specialise and serve a specific industry.

My best guess as to why this happens is that the US market is a larger one, geographically, and so there are more businesses for MSPs to serve in a specific vertical or niche.

With that said, UK MSPs would do well to take a look at their US equivalents. Could your UK-based MSP business specialise in a specific vertical? The benefits of such specialisation are abundant!

One of the biggest frustrations I see from UK MSPs in working with North American-based vendors is that the UK businesses are often expected to pay their vendor bills via credit card.

In the USA, it’s been my observation that businesses regularly pay other businesses via credit card. An invoice is issued, and it is paid (often via online portal) by Mastercard, Visa or American Express.

In the UK, the culture of Business to Consumer (B2C) is for credit card payments, but it certainly isn’t the case for Business to Business (B2B) payments.

Credit Cards are typically only used with UK businesses for personal expenses. An employee pays for his travel expenses, or makes a one-off purchase for the business on his or her credit card. The idea of paying a business invoice via credit card isn’t unheard of, but it’s certainly unusual.

In the UK, many businesses are still issuing invoices and waiting for payments. This typically has an impact on an MSPs cash-flow. I’ve written before about the benefits of using direct debit to simplify managed service billing and UK MSPs being paid upfront and ontime. Too many UK businesses extend their client's unnecessary credit. This can be dangerous.

Could UK MSPs benefit from offering alternative payment options to their client's? Would UK businesses prefer to pay bills via credit card, for instance?

It’s certainly worth investigating. Let’s not make the assumption that this is a cultural difference in the USA that UK MSPs might not adopt.


US MSPs value themselves more

The biggest differences I’ve found between UK and US-based MSPs is one that makes UK-based MSPs feel most uncomfortable.

It’s my observation that the most progressive US-based MSPs typically value their own  time and experience greater than UK-based MSPs do.

Notice that I said “most progressive US-based MSPs”. There are certainly MSPs in the US who don’t charge enough. But I have definitely noticed that the top US MSPs charge more -- on a like-for-like basis -- than their UK equivalents.

Why is this? It may be that the US Managed Service market is more mature. That is probably the case, but I suspect that UK-based MSPs still don’t value the impact that their service has on the bottom line of their client's.

IT is no longer a business cost. IT is now a business-enabler. A differentiator. A competitive advantage.

I would encourage all UK-based MSPs to look at the true value they bring to their client's and then ask... am I charging enough for the value I bring?

In my trips between the UK and the USA, I’ve noticed MSPs on both sides of the Atlantic Ocean sharing many of the same challenges. Business is business, the world over.

Yet there are many of the cultural differences -- such as focusing of specialist niches/vertical markets or offering credit card payment facilities -- that lots of US-based MSPs have mastered, which UK-based MSPs haven’t utilised.

The reality is that while there will always be cultural differences between doing business in different parts of the world, some things do remain the same. When it comes to appropriately charging for the value your MSP brings to a business, I believe it should be the same on either side of the pond.

About the Author: Richard Tubb is probably the most well-known face within the British IT Managed Service Provider (MSP) community. His track record speaks for itself, as he launched and sold his own MSP business before creating a leading MSP blog and consultancy practice. As the former owner of an IT Managed Service Provider (MSP) business, Richard understands the challenges IT business owners face every day and can help you to overcome them while retaining what's left of your precious sanity. Follow Richard Tubb on Twitter, LinkedIn or Website